CeCe Peniston was born Cecilia Veronica Peniston in Dayton, Ohio. Her storybook beginning is magical in that CeCe Peniston spent most of her formative years in Phoenix, Arizona and got her first start singing before her congregation in church. She performed in plays and musicals and participated in talent shows while learning to play the piano. The real testament of her talent was in 1987 when CeCe, still a high school student, landed a part in a local production of Bubbling Brown Sugar. From their, she would earn her diploma and continue on to the University of Phoenix to study Liberal Arts. These years would serve as a springboard for CeCe to develop her skills in writing lyrics. In 1989, CeCe was crowned Miss Black Arizona and reigned as Miss Galaxy in 1990.

In 1991, CeCe elevated as a true artist when a friend and Phoenix based record producer, Felipe “DJ Wax Dawg” Delgado, asked her to record back- up vocals for a female rapper slated to release an album on A&M Records. Soon after, Peniston showed her willingness to make her own individual mark in the business, and land her solo project commissioned by then A&M Records music executive, Manny Lehman. Peniston’s hit single known today as “Finally” was born and CeCe accomplished what all talented artists only dream of, inking a deal for her own debut album.

The 1990s, proved to be substantial for the Dayton, Ohio native. She became an international sensation and was considered to be one of the most successful dance club artists in the history of the US Billboard Hot Dance Music/Club Play Charts. Peniston was successful at scoring five major number one hits within three years. Her signature Dance hit “Finally” was #5 on the Billboard Hot 100 Chart and #2 on the UK Top 75. It became one of the biggest dance records in history to sell over 3 million copies worldwide.

Peniston set in motion a series of singles and videos, all of which had varying success. Many of her songs triggered a series of Billboard Awards nominations in several categories and gained acceptability and appeal from fans across many genres of music.

On October 17, Billboard magazine announced that Peniston was the leading nominee in the Billboard Music Awards, being nominated in four categories: three times in the dance category with “Finally” (Best New Artist, Best Female Artist and Best Director), and one in the R&B/Rap category (Best Female Artist) for her urban hit “Keep On Walkin’”.

Ultimately the song won two awards, and three of her singles released in 1992 would be listed within the Top 100 songs of the Billboard Year-End chart (at #20 with “Finally”, at #61 with “Keep On.

By the end of 1992, Peniston received several awards for her achievements in the music industry. Among the awards were Best New Artist – Dance, three ASCAP Awards and Pop Songwriter of The Year. She received another three awards as Best New Dance Artist, Best Dance Solo Artist, and for Best 12” Dance Record at the Annual Winter Music Conference, as well as, the BMI Urban Award of Achievement. The album itself was nominated on a Soul Train Music Award ’93 in the Best R&B/Soul Album – Female category. By the end of 19993, Peniston was named No. 1 Billboard Hot Dance Music/Club Play Artist.

A series of performances and features led her to the year 2007 where CeCe stood on the stage of Avalon, Hollywood at a five star concert for Divas of Disco: Live. Performers included Thelma Houston, Linda Clifford, A Taste of Honey, France Joli, and herself. Peniston was the main star closing the night. Her performances of “Keep On Walkin'”, the Donna Summer’s cover version of “Last Dance”, and “Finally” would be released as a digital live EP on One Media Publishing the following year. 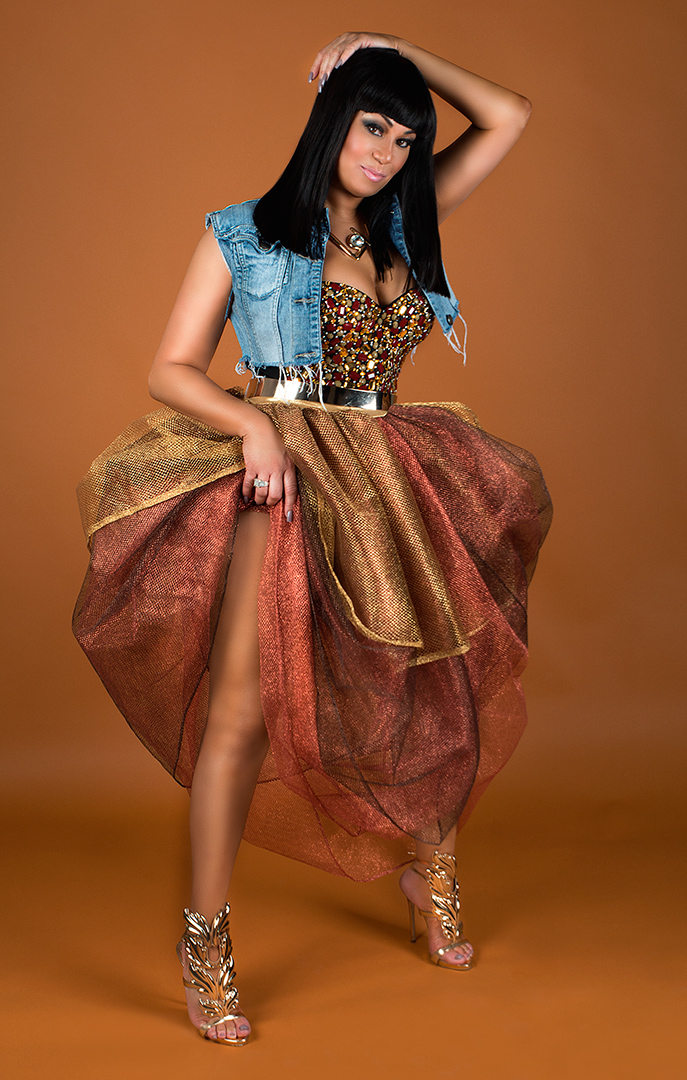 In June 2008, Peniston released “Above Horizons”, a national PTA anthem as a tribute to the families, teachers and communities who help children reach their dreams through the Parent Teacher Association. This resulted from her role as National Ambassador of the US largest volunteer child advocacy organization. The ballad was written by Byron V. Garrett, Peniston, Erric Carrington, Essej and Marcus L. Barnum. The CD promo release, issued on National PTA Recordings, included overall four versions.

Years leading up to 2014 have been filled with ups and down for the now 45 year old Singer, Writer, and Performer. Still an artist at heart, CeCe is reinventing herself and taking on a Whole new image. She admits getting into lifestyle habits weren’t healthy for her but, she attributes a lot of what she has become as a person to being more experienced and having the unique driven qualities that will take her further than she’s ever dreamed.

She has been active in making her mark in the social media craze. Now that she is more social media savvy, she has reached new heights in her career utilizing social media as a platform. She continues to strive to give her fans more by boosting her visibility utilizing YouTube, Instagram, and Facebook, with a fan base that has reached well over 100,000 people.

Considering her presence on several TV shows over the years, CeCe has been asked by a number of television producers to star in a show of her own. CeCe’s commitment to showing fans the strong and sensitive side of herself and the care she brings to every situation can soon be viewed by a more broader audience.

Her strategy in reaching a segment of the market who are not affiliated with her work is through print media particularly in the area of fitness. Starting her own shape and fitness magazine is among her top priorities in making sure people understand that CeCe is building her image from the inside, out.

Her charitable organizations, LOTS (Lifting Voices To Succeed), and being an Ambassador to the National PT A, is also one of great importance to her. Both have kept her dedicated to establishing the significance of placing the right values on youth in the early stages of their lives so that in their formative years, their milestones will be great and their struggles will be few.

This love of bringing care and goodness to others is a way of inspiring her to write lyrics to songs that really matter. The first single off of her new album is entitled “Nothing Can Stop Me Now”, a title truly fitting for the next phase of CeCe’s life. The song is already gaining momentum and heating up at radio stations in NYC, Richmond, Charlotte, Augusta, Columbus, Little Rock, and OKC. Music Choice and Sirius Radio are also among the stations playing the single.

Her upcoming travels include performances domestically and abroad with six songs that are album ready. CeCe’s team consisting of Charlotte based Rodney Shelton & Friends, along with long time engineer Bruce Irvin of SIEG, whose credited for working with Anthony Hamilton, Fantasia, J. Cole, and several others, are sure to create a dynamic album.

Watch out for CeCe Peniston, a woman who’s movin’ on from past hurts, lost love, and making a way for a better more confident CeCe.